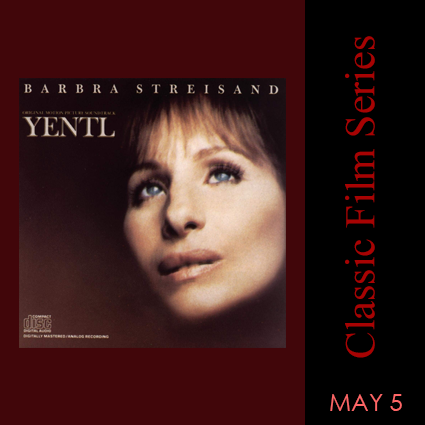 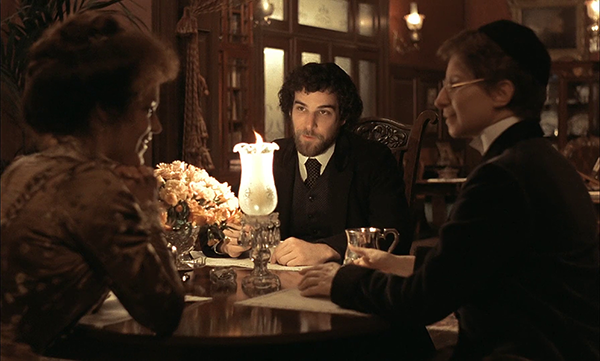 Yentl  is a 1983 romantic musical drama film from United Artists co-written, co-produced and starring Barbra Streisand based on the play of the same name by Leah Napolin and Isaac Bashevis Singer, itself based on Singer’s short story.  The film’s musical score and songs were composed by Michel Legrand.   The film also stars Mandy Patinkin, Amy Irving, and Nehemiah Persoff.

“’This has to be a musical!’ Marilyn and Alan Bergman exclaimed in unison to Barbra Streisand when she showed the songwriters the script for Yentl.  This project, developed from Isaac Bashevis Singer’s Yentl (1983), the Yeshiva Boy, had been dear to Streisand’s heart since she first optioned the story in 1968.  It tells of a young Jewish woman in Poland who, after the loss of her father, disguises herself as a boy so she can go to a Yeshiva (Jewish school for priests) and study the Torah.  S

treisand, who ended up directing, co-producing and co-writing the film as well as starring in it, had planned it as an intimate, non-musical drama until the Bergmans persuaded her to add songs. As quoted by Streisand biographer James Spada, Marilyn Bergman explained, ‘We felt it was a wonderful story for a musical, because it is [about] a character with a secret.  Throughout the picture, after her father dies, there is nobody to whom she can talk, to whom she can reveal her essential self.  And this rich inner life becomes the [song] score.’ 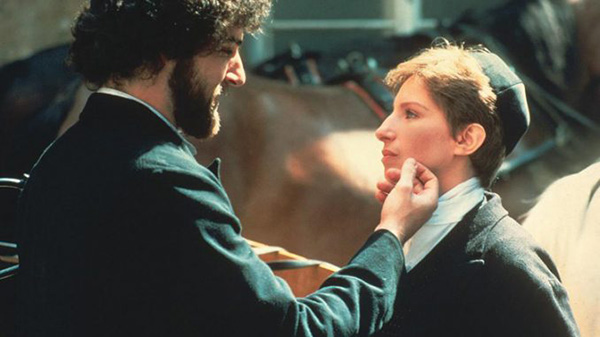 “Because they felt the music should be lushly romantic and rooted in the European tradition, the Bergmans considered Michel Legrand the perfect composer to collaborate on the Yentl score.  ‘The kind of music Michel writes is timeless.  It could be the 18th, 19th or 20th century,’ said Alan.  Added Marilyn: ‘The challenge was to make the music exotic and colorful, but not so special that it doesn’t have universality.’  In developing the songs, the trio joined Streisand for lengthy sessions in the music room of the Bergmans’ Beverly Hills home.  ‘Our housekeeper would bring us food trays and we’d eat up there,’ recalled Alan.  ‘Sometimes we’d go late into the night.  It was like there was no outside world; the greatest thing about working on the movie was, where else in the world could you call your director and say, “Come over and sing this song for us?”

“The collaboration was so fruitful that Yentl won an Oscar for Best Song Score. The Bergmans and Legrand also were nominated twice in the “Best Song” category, for “Papa, Can You Hear Me?” and “The Way He Makes Me Feel.” (The winner in that category was the title tune from Flashdance.)

Yentl, released through MGM-UA, won only one other nomination, that of Best Supporting Actress for Amy Irving.  Noticeably absent in every category for which she was eligible, Streisand did not attend the awards ceremony;  Yentl‘s nominated songs were performed by Donna Summer and Jennifer Holliday.  ‘In Hollywood, a woman can be an actress, a singer, a dancer,’ Streisand said later. ‘But don’t let her be too much more!’”

by Roger Fristoe for TCM