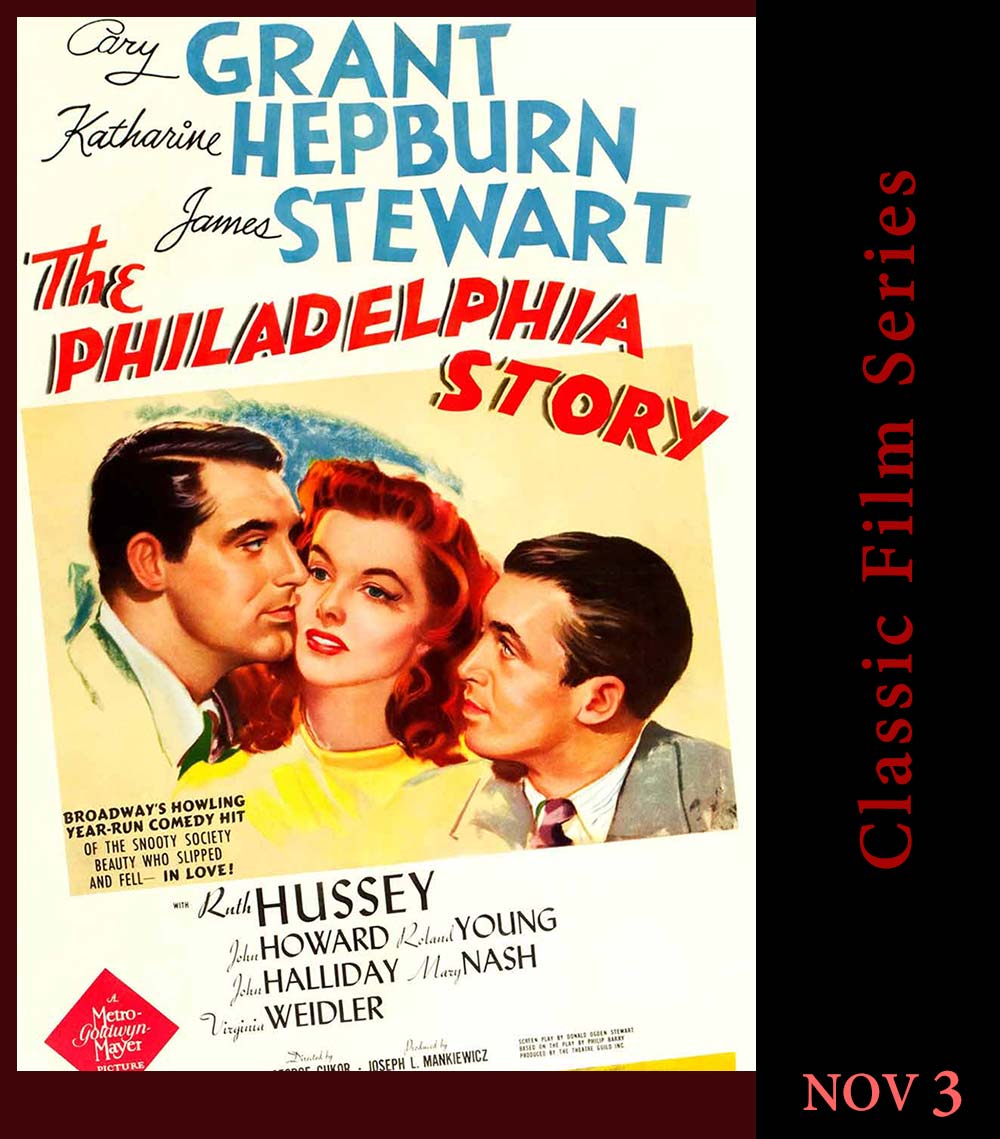 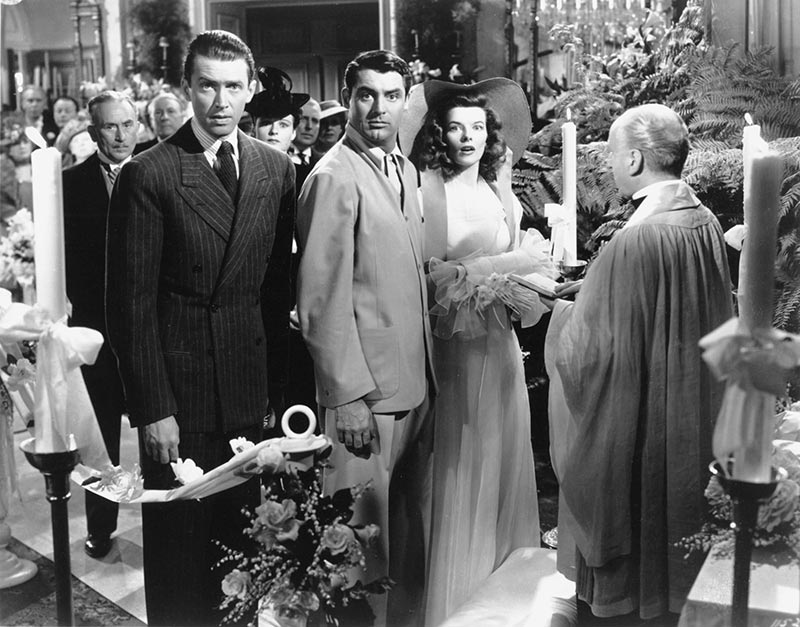 In one of her most famous roles, Katharine Hepburn plays Tracy Lord, the daughter of a well-to-do Pennsylvania family in The Philadelphia Story (1940). The young socialite is about to embark on a second marriage and the lucky groom is George Kittredge (John Howard), a comparatively staid but extremely wealthy gentleman. Her first husband was C.K. Dexter Haven (Cary Grant) who is certainly more colorful than Kittredge if slightly less responsible. When Dexter makes an unexpected appearance at the Lord’s home on the eve of Tracy’s wedding, it is not so much to wish her well as to shield her from the prying eyes of an overly ambitious reporter (James Stewart) assigned to cover the nuptials.

The Philadelphia Story was based on a screenplay by Phillip Barry who wrote the play specifically for Katharine Hepburn. The actress was so impressed with the script she agreed to finance part of the stage production herself and did not draw a salary. She did receive a portion of the profits which were significant due to the play’s huge success on Broadway. This came at a critical point in Hepburn’s career which had faltered during the previous few years. In 1938, she was labeled “box office poison” by the Independent Theatre Owners of America after several commercial failures.

Realizing the potential of The Philadelphia Story, Hepburn purchased the motion picture rights to the property and approached Louis B. Mayer, head of MGM, with a deal. She agreed to sell Mayer the rights to the property for the very modest amount of $250,000, in exchange for the authority to select her own director, screenwriter and cast. Securing control over the production, Hepburn chose George Cukor to direct. The two had worked together in Hepburn’s first film role, A Bill of Divorcement (1932) and then again in the 1933 version of Little Women.Hepburn chose Donald Ogden Stewart to write. He was a friend of Philip Barry’s and was a master at preserving an original play’s integrity when adapting it to the screen.

Hepburn approached Cary Grant for the role of Tracy’s former husband and Grant accepted on two conditions. First, that he receive top billing and second, that he be paid $137,000 which was considered an extremely generous salary at the time. Interestingly, upon receiving his salary, Grant donated the entire amount to the British War Relief Fund.

Hepburn had become interested in Jimmy Stewart for the part of the newshound ever since the actor had received accolades and an Oscar® nomination for his portrayal of an idealistic senator in Mr. Smith Goes to Washington the previous year.

When the film was released, it broke the previous box office record held at Radio City Music Hall where it earned $600,000 in six weeks. It also proved that Katharine Hepburn knew how to deliver a hit when given the opportunity and was just the opposite of box office poison. The Philadelphia Story also did well at the Academy Awards® that year. The film earned 6 nominations including Best Picture, Best Director, Best Screenplay, Best Actor, Best Actress and Best Supporting Actress.

Jimmy Stewart scored a Best Actor Oscar to the surprise of many including the actor himself who stated that he had voted for Henry Fonda in The Grapes of Wrath. Many thought the Academy was trying to make amends for not awarding Stewart the Oscar® for his role in Mr. Smith Goes to Washington the prior year. by Mary Anne Melear for TCM